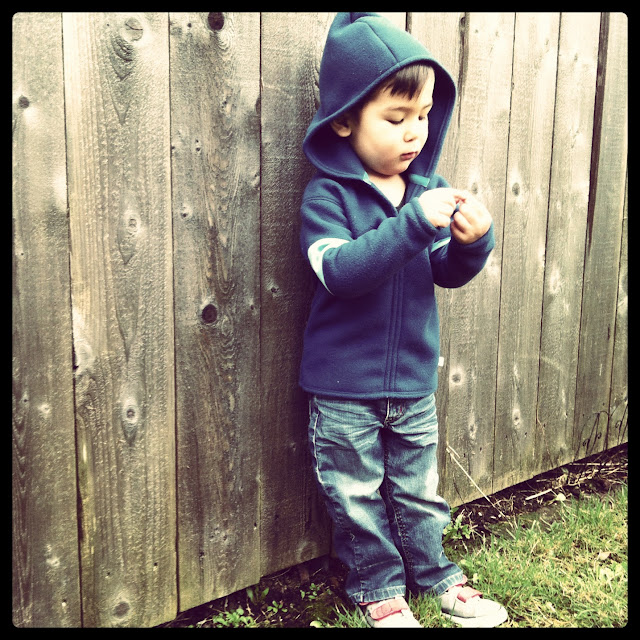 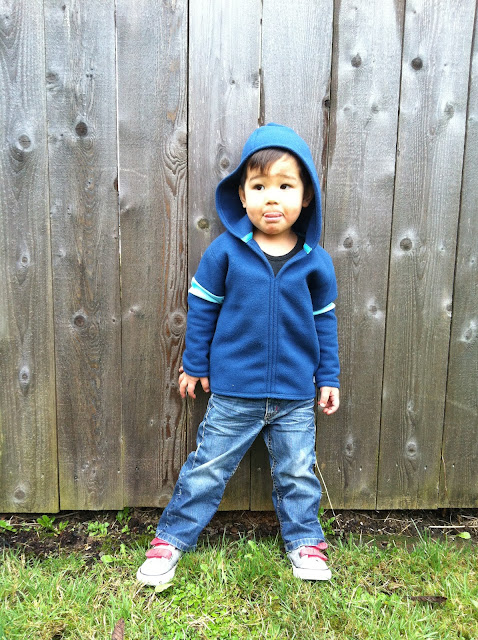 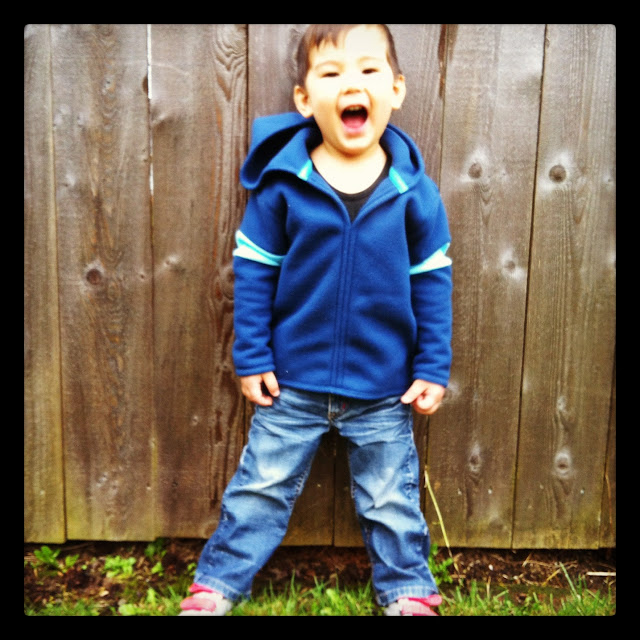 After making the last Easy Linen Shirt for Mae my mom had suggested possibly making one out of fleece because it would have more stretch than just cotton. I have held the idea in my head and when I was going through my fabric stash last week I found a piece of blue fleece left over from a baby blanket I had made almost 5 years ago. There was just enough left to cut out the shirt. I figured I had nothing to lose since I already had the fabric- if the idea bombed I would throw it away and move on.

When I began sewing the shirt up I was quickly reminded how much I dislike working with fleece, especially for clothing. Yes it's great because it doesn't fray but it's just so thick and awkward to work with. I couldn't finish the front of the shirt exact to the pattern because of the thickness but because it doesn't fray it worked out. Like the first shirt I added a hood because figured a fleece collar might really be odd.

The other addition was the knit stripes on the sleeves. Awhile back there was a boy at the playground with a tee shirt with similar stripes. I loved the look and wondered if it would add some interest to an all blue shirt. I used turquoise thread for all the top stitching to add some extra color. I also added the same turquoise to the neck of the shirt to hide the seam.

Overall I am happy with it. More importantly Mae loves it. He calls it his 'coat with no zipper'.