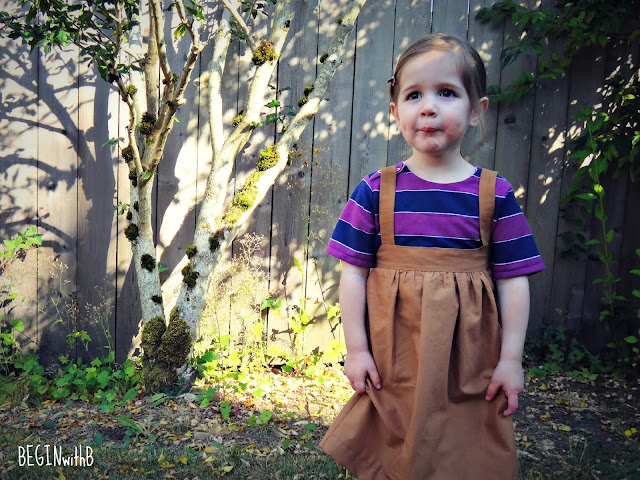 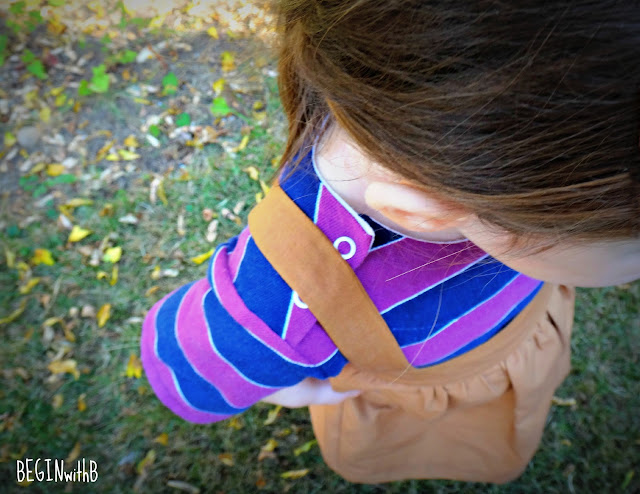 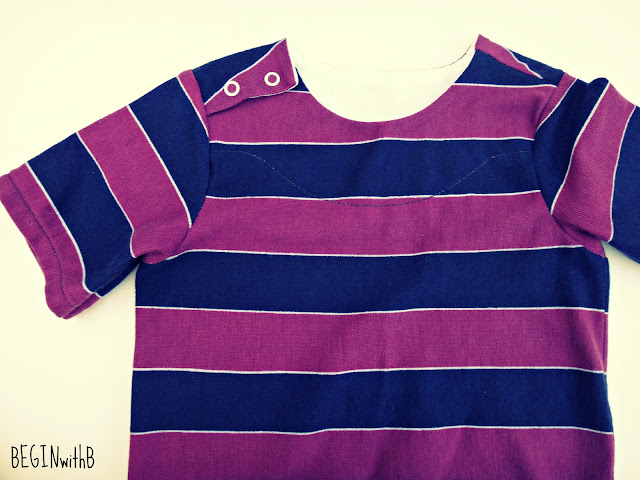 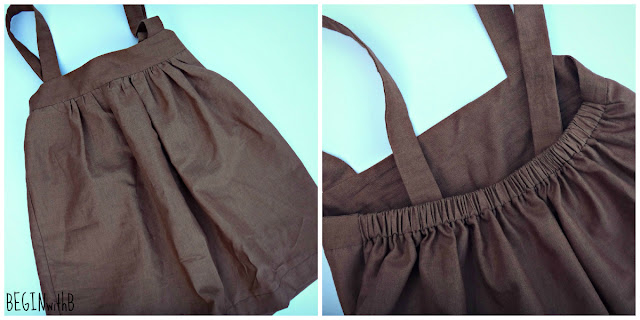 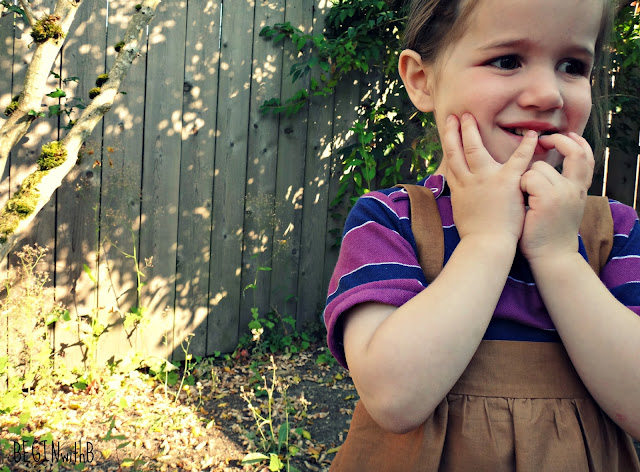 Week two this week over at Project Run & Play and the theme was to pick a favorite fashion icon and design a look based on the icon's style. It took me a very long time to decide on an icon. I thought about many but was not inspired until I came upon an old school picture of Mary Kate Olsen, or was it Ashley? Back in the day when they played Michelle on Full House. When oversized clothes were cool and everyone owned a pair of overalls.

The picture transported me straight back to middle school. When I also rocked overalls and absolutely adored the Olsen twins, as well as the Sweet Valley Twins. (Do you remember those books written by Francine Pascal?)

Lost in the memories of another era I came up with a few sketches and finally decided on this: an updated overall look. I used the Oliver & S Sailboat Top pattern that I edited to include only one open shoulder and then added snaps instead of buttons. I drafted the dress completely from scratch, using Mae as a model for the fittings, hehe.

After a fight with my machine over the button holes (my machine won) I decided to attach the straps on the interior of the dress instead of the exterior as originally planned. However, they do button so you could potentially undo them to make them cross in the back, like real overalls.

Much love to my good friend up the street for sharing her daughter. Her modeling skills were impressive!