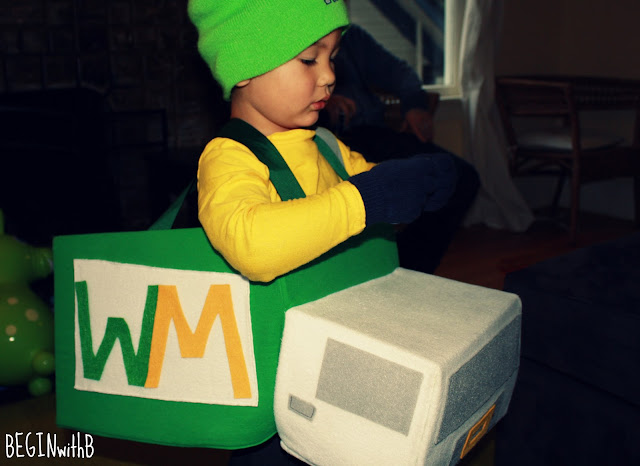 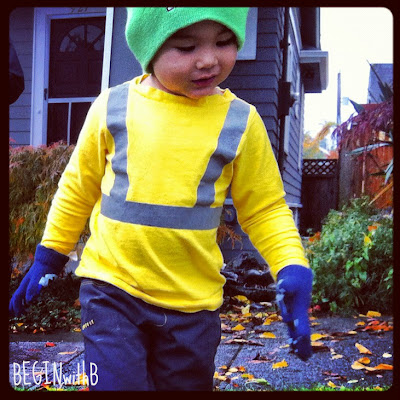 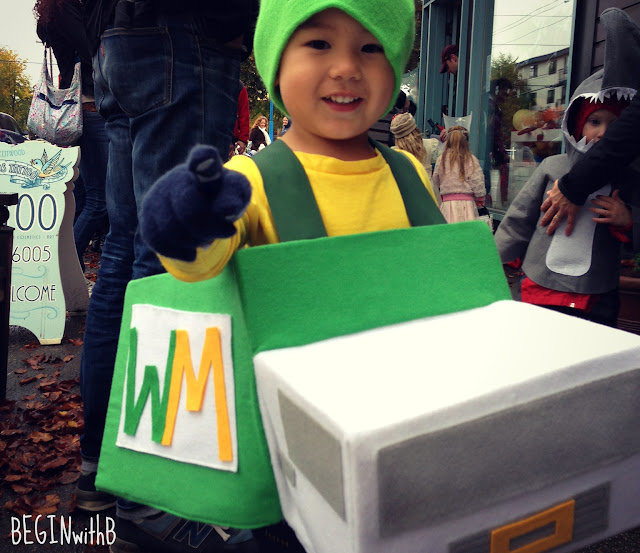 Mae is obsessed with garbage trucks. He refers to our garbage man as 'his dude' and waits for him religiously. Monday was the first day of the week he learned, simply because that is the day our garbage is picked up. His birthday cake was definitely a garbage truck. Just last week he said his favorite part of Thursday was that he saw two garbage trucks in our neighborhood, even though it wasn't Monday. Maybe obsessed isn't a strong enough word?

So a month or so ago when we started talking about Halloween I really wasn't surprised when he said he wanted to be a garbage truck. After the preschool party fail last week I quickly got to work making his truck and even made a shirt to go with it.

The best part is, he loves it.