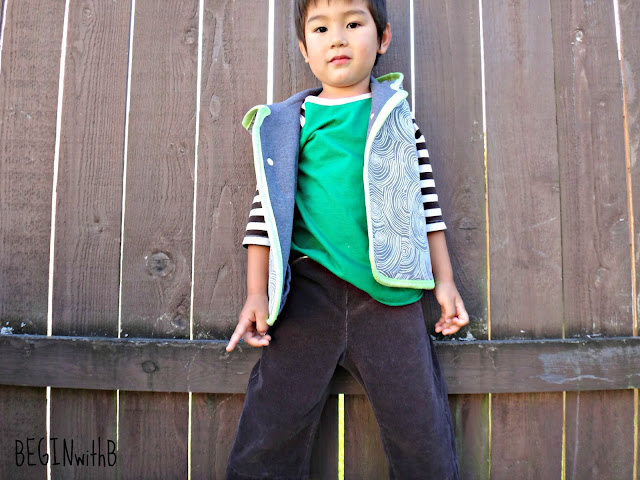 This look started with the Wonka Bar.  Actually the golden ticket was the true beginning.

Using the Oliver+S Sailboat Pant pattern I edited the shape of front placket then added gold piping. On the back I redrafted the pant to include a hidden pocket and contrast waist band, using a red stripe to pull in the wrapper color. 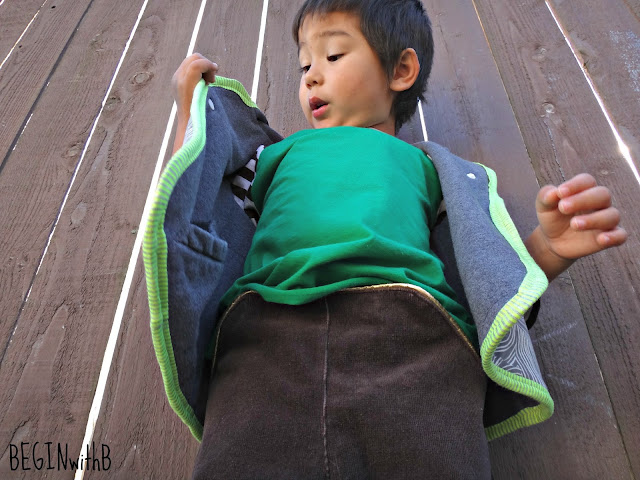 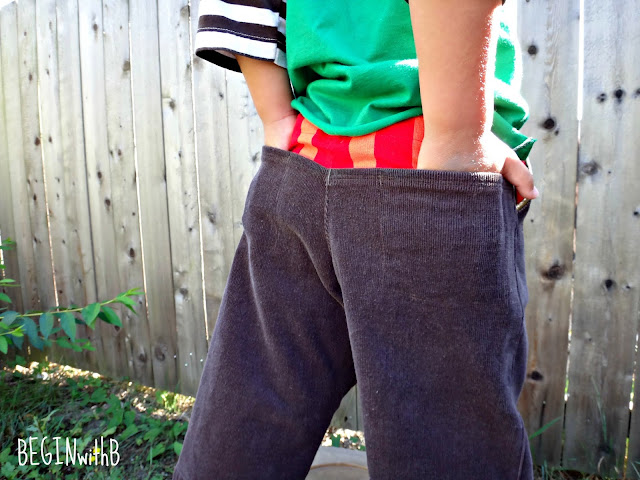 The shirt came next, pulling inspiration from The Oompa Loompas. I self drafted a baseball tee then used an old stripy tee and some green knit. 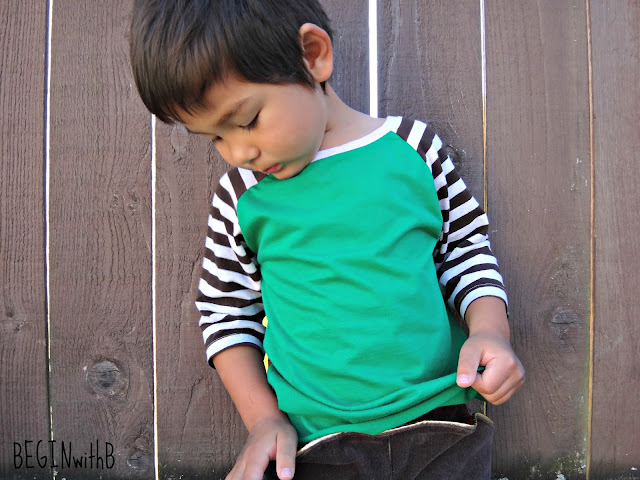 The final piece alludes to none other than Willy Wonka. I altered the DMK Warm Hoodie Vest pattern to create a vest that isn't quite as double breasted as the original. I also redrafted the hood to make it two pieces, simply because the print was so busy already. The most obvious change was finishing the vest with a contrast bias tape to add to the Willy Wonka vibe. 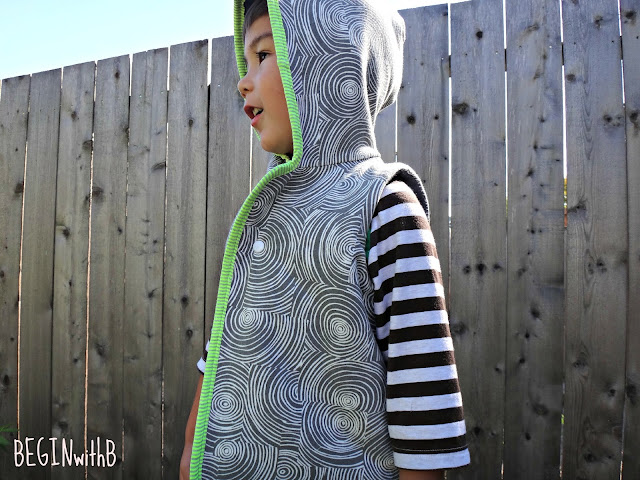 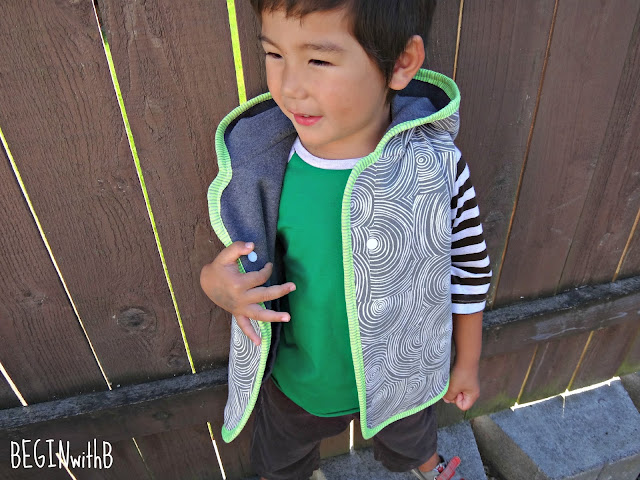 Once this look came together it struck me as a little zany for sure.
But then again so was Wonka.