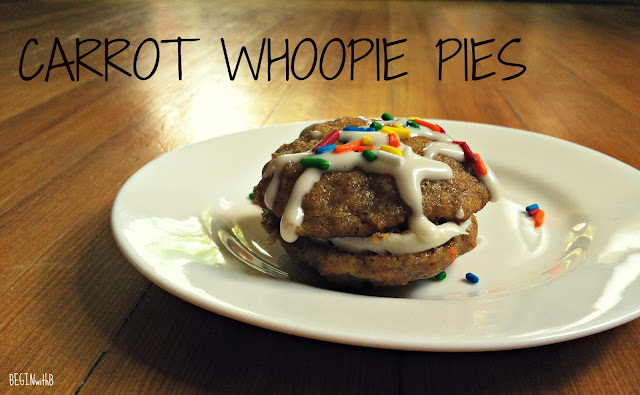 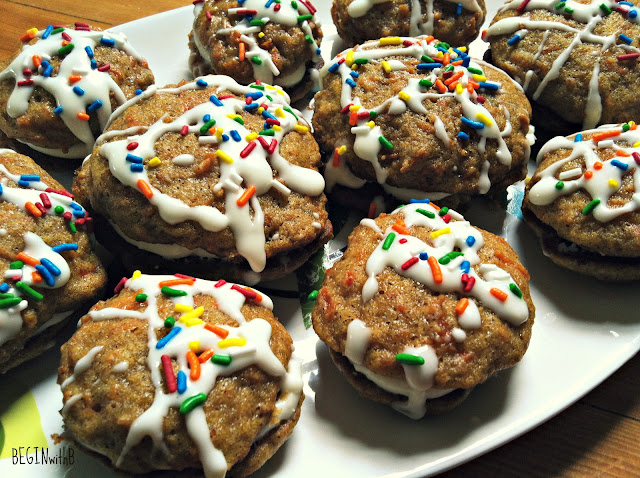 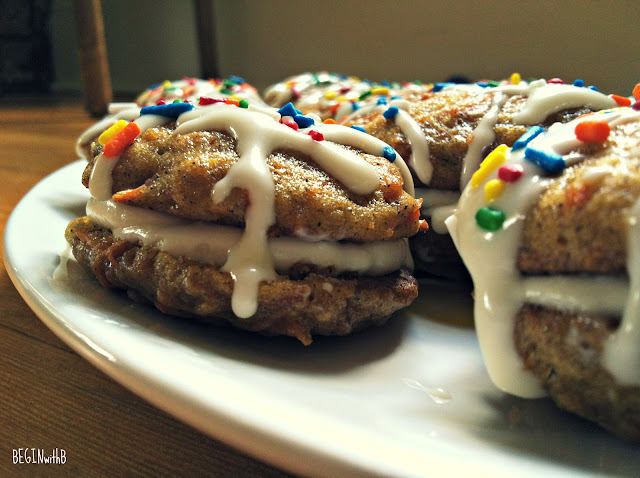 My mother-in-law had her birthday this past week so we waited until the weekend to celebrate so that my brother-in-law could join us. She had decided on carrot cake but I wanted to mix it up a bit so decided to do whoopie pies. I really wanted to make these that I had pinned but when I went to make them Saturday morning I realized I only had quick oats not old fashioned, bummer!

With a quick search of the internet I found these which looked just as yummy and I had all the ingredients. I did change just a couple things:

Definitely will make them again but will do all mini this time- they actually tasted better. Is that even possible? Maybe the ratio of frosting to pie was better in the little ones?

Email ThisBlogThis!Share to TwitterShare to FacebookShare to Pinterest
Labels: food